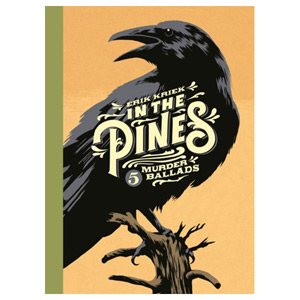 qualities with modern edge. His works include 'In the Pines: 5 Murder Ballads', 'Mika' and the 'Gutsman' comic book

series. Kriek has been awarded the annual Stripschapprijs, which celebrates a comic book animator's entire career.