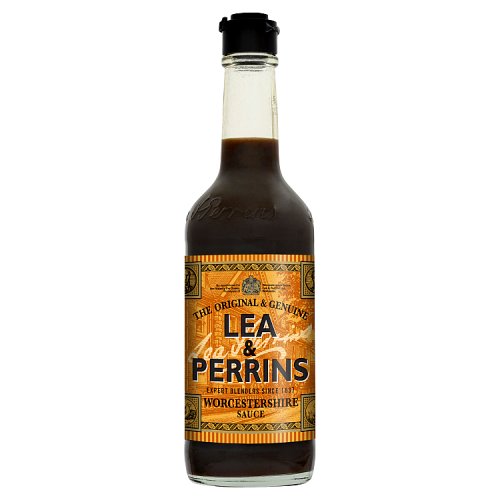 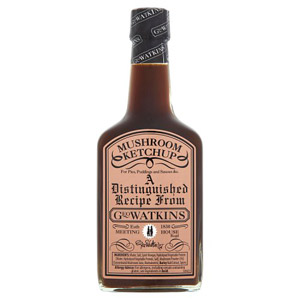 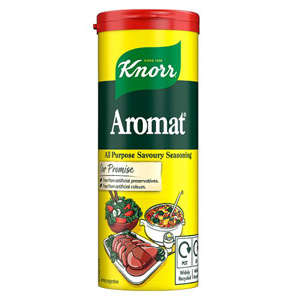 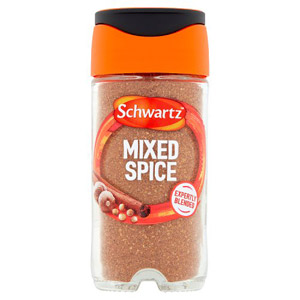 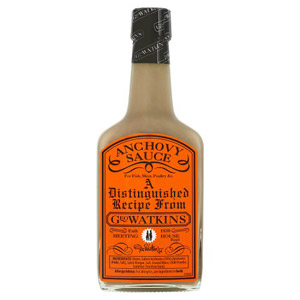 Lea and Perrins Worcestershire Sauce is a classically British sauce that was created by pure chance. Originally the recipe was brought back from India and given to two local chemists, William Perrins and John Lea, so that they could recreate it.

Their initial efforts produced a disgusting broth that was utterly rejected by the chap that had asked them to produce it, and the incident was quickly forgotten about.

When they found the bottles at the back of their store a few months later, they decided to give it one last taste before pouring the whole lot away; it was at this point that they discovered the delicious taste of Lea and Perrins Worcestershire Sauce.

Most popular with customers in France, Italy, United States of America (USA), Greece, Germany, Austria, Korea Republic of, Portugal and Spain, but you can buy Lea and Perrins Worcestershire Sauce for delivery worldwide.

One of our Lea and Perrins branded products.

Lea Perrins Worcestershire Sauce is readily available in most Norwegian finer grocery stores now, but if this is not the case where you live, make sure to order it from BCS! You are a good cook, and make excellent sauces and stews from the basics, you say? I am sure you do, but try a few drops of Worcestershire Sauce it will enhance the flavour of almost any sauce, stock or stew.

Lea and Perrins Worcestershire Sauce is a unique sauce and has so many uses. I use it straight from the bottle onto cheese dishes. I also add it to recipes and find the kick from the sauce really enhances many meat dishes. It also flavours sauces which accompany meals. This is one product I couldn't do without.

Lea and Perrin Worcestershire sauce is a staple item for my kitchen cupboard. I couldn't live without it. It forms the base of many of the sauces that I make. I add to the minced meat in shepherds pie to give it a zing, and recently when I made minced beef and onion pies, I added a whole load to the mix, absolutely delicious!

This is a fantastic must have product if you cook and this brand is the best. I use this in so many bases of sauces and gravies. It adds a real depth of flavor to stews great as a marinade as well and I add to bolognaise base, chili etc. Gives a tang to a dish but does not overpower in any way. I also love it on top of grilled cheese on toast.

I use Worcestershire sauce a lot, it's a very versatile sauce! I mainly cook soups, stews and stir-fries and this is a staple in a lot of my dishes. Sometimes I put some drops on my steak too when I feel like it. Just a little will add a lot of flavour so a bottle usually lasts me quite a long time.

There is no other sauce quite like this one. Rich, savoury and spicy I add it to so many dishes I think it is almost impossible to cook without it. Anything with tomatoes in will benefit from a large dash of this sauce as will anything with beef. Great in curries as well. My Granddad used to use it as his gravy!

I use this in so many dishes I cook and not just to add a bit of 'umph' to my tomato juice !

It goes well in just about anything savoury I cook in my slow-cooker and I even add some when frying my mini-potatoes to add extra taste not forgetting a few drops in my omelettes.

This has such a particular flavour that nothing quite matches it. We usually splash it on melted cheese, add it to a cheese sandwich or add a few gluggs when cooking minced beef, and it's never missing from my kitchen cupboard. Despite rarely knowing how to correctly pronounce it, everyone loves it.

I haven't been able to use Lea and Perrins Worcestershire Sauce since I became a vegetarian 17 years ago (it contains anchovies) and boy do I miss it! This stuff tasted so good and by the reviews - everyone else agrees too. Just the smell of it sets my tastes buds tingling.

Worcestershire sauce is great in a great number of dishes and even on cheese on toast.

I never want to be without Lea and Perrins Worcestershire Sauce again. Now thanks to BCS I can have it whenever I want. I add it to beef stew, shepard's pie, grilled tomatoes, bolognese, in fact I add it to just about anything just for that little extra kick. And I will certainly add it to every BCS order!

There are some things in Britain that only us Brits can fully appreciate, and Worcestershire Sauce is one of them (could also list Marmite, English mustard, suet, Piccalilli... there are plenty more). Lea and Perrins is the premium brand; excellent, rich dark sauce, flavoured like nothing else I know of... a must for stews, pie fillings, gravy and anything that needs to be enhanced in flavour. Very long shelf life and a little goes a very long way!

Lea and Perrins Worcestershire Sauce is a sauce that if you are a serious cook then you should have it in your kitchen.

It has many uses and is very versatile. It can be used in cottage pies to add a bit of zing.

Some people even have it on toast I am told! However you have it, you will probably enjoy it.

This is always on my list when I order. It's versatile and can be added to all kinds of dishes. You can also add it when you are frying up a piece of meat - just add a few drops for the last couple of turns and it will make a drop of tasty juice.

A staple in every Brit's pantry, Lea and Perrins Worcestershire Sauce is a must. Added to stews, sauces and gravy it enriches all meat dishes and adds colour as well as flavour. The brand itself Lea and Perrins is a guarantee! One bottle lasts for such a long time, which is just as well because you only need to use a little of it each time.

Worcestershire sauce is a must have for the kitchen cupboard. I mainly use it in my Bolognese sauces, but also to add a bit of zing to my stir fries.

Lea and Perrin worcestershire sauce is a must have for your kitchen. It will enhance the flavour of any meat and any dish. Its flavour is quite versatile so you can use it in a shepherd's/cottage pie, bolognaise sauce or as a condiment on top of cheese on toast. I like to add a lot to my dishes so I might consider buying the larger bottle next time.

Would you like to write a review for Lea and Perrins Worcestershire Sauce?