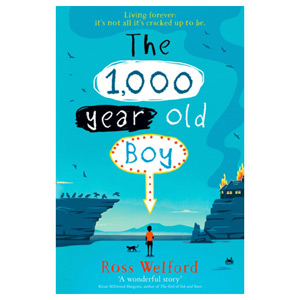 Ross Welford has worked as a journalist and television producer, but has found his greatest success and joy as

a noted children's author. The London-based writers novels include 'Time Travelling with a Hamster', 'What Not

To Do If You Turn Invisible' and 'The 1,000 Year Old Boy', and has been nominated for dozens of literary awards.