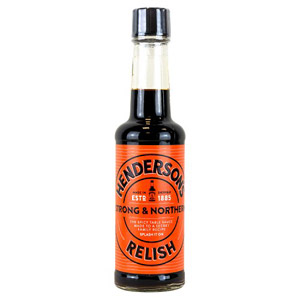 Henderson's crafts gourmet relish that is widely considered like Worcestershire sauce, only much, much better.

The American brand has crafting its fine line of sauces for decades and is renowned for its smoky sauces that taste straight out of a fire pit.

Its vegan and gluten-free relish is often used on chips, in meaty pies, in stews, mac and cheese, and pretty much anywhere a pop of flavour is desired.