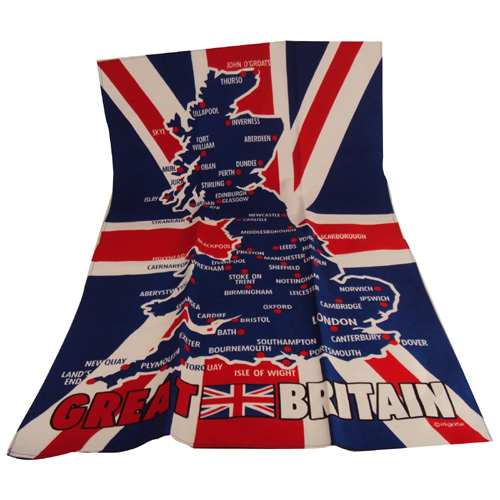 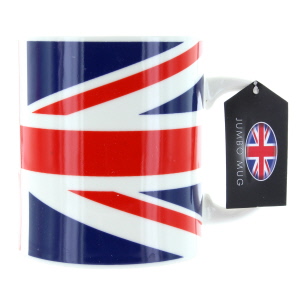 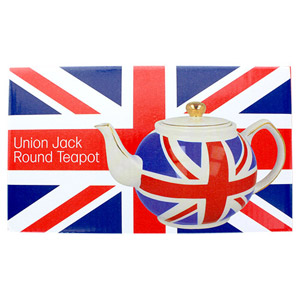 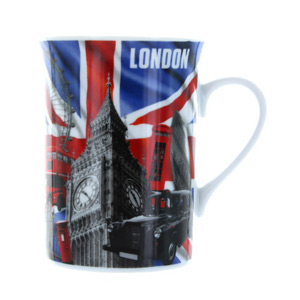 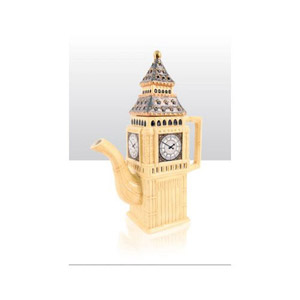 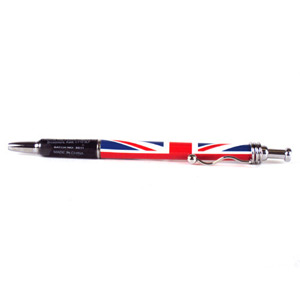 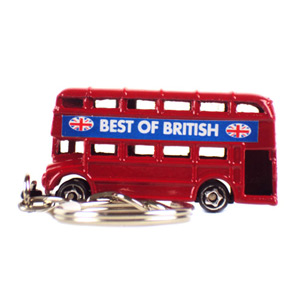 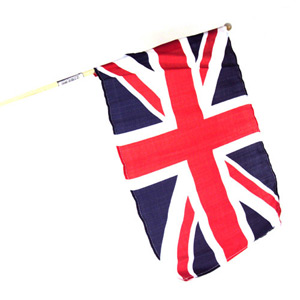 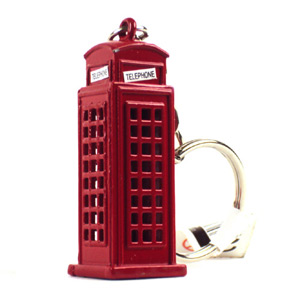 This tea towel shows Great Britain in all of her glory.

The colourful map with Union Jack background marks the major cities, and is a great point of reference.

Drying up is never fun, but now you can at least make it more educational, and brighten up your kitchen at the same time!

One of our British Gifts branded products.

I was planning to use this in my English classes to teach Slovak kids about some of the great places in the UK. However, it has not quite made it to school yet as it's still in my garage along with the remaining supplies from British Corner Shop. It's pretty good quality as tea towels go and would make an excellent gift to send someone either expat or not. It's also very lightweight so doesn't add much to your order unlike 6 tins of ginger beer.

This item is poor in my opinion because it doesn't include the most wonderful place in England - the fine city of Derby. Without Derby, this tea towel is lacking a great and famous destination and is much the poorer for it. It's as if Derby has been quite literally wiped from the face of the earth, and for that reason I can only award this product 2 stars. It would be far more educational if it included that fine place - Derby.

This is a brilliant idea for a small gift to someone who appreciates GB, our British traditions and way of life. Living in Italy, I can safely say that there are thousands of people deeply in love with Great Britain, and you rarely meet a person here who has not been to visit. Thus, this is a perfect and economic gift which will no doubt be very appreciated. Pop one in your order for yourselves as they are really lovely!

My Canadian next door neighbour had never eaten mince pies until I gifted her some I made last Christmas, she went into raptures over them.

When I saw this terrific tea towel I had an idea for this year I can lay the tea towel over the mince pies and she will have a reminder of them every time she uses her tea towel.The colours are so vibrant I may buy one for myself also.

Great Britain map tea towel is one of those things that will make everyone smile about it. I love all different kinds of tea towels, cups and different gadgets for the kitchen. It is perfect for all interested in UK. Price is very good, it is well worth the money paying for.

I am one of those old-fashioned sticklers who hate it when the Union Jack is depicted wrongly, as is often the case. This tea towel, however, is correct. :-) My hometown is not shown, but that's OK. :-) The quality is very good and the price surprisingly low. The towel is made of cotton, which is also very important. Well worth buying.

This is something entirely new and wonderful already

Would you like to write a review for Great Britain Map Tea Towel?