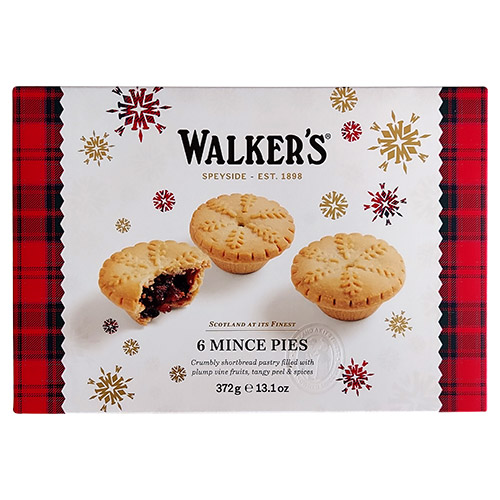 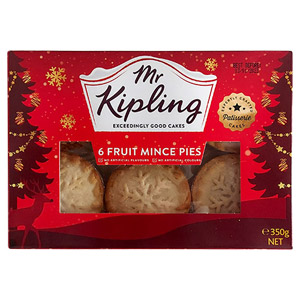 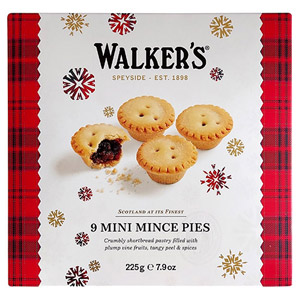 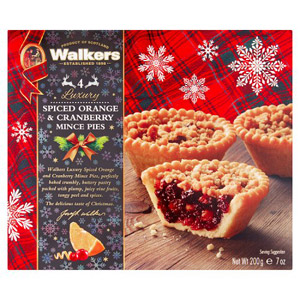 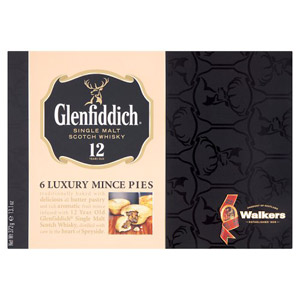 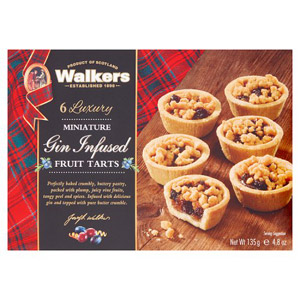 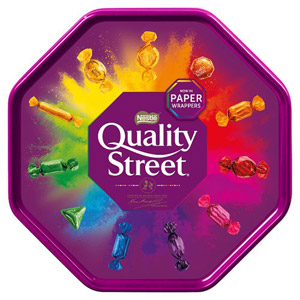 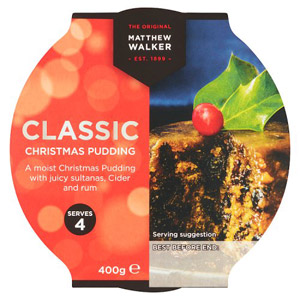 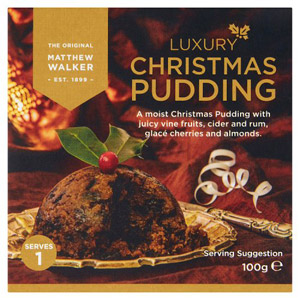 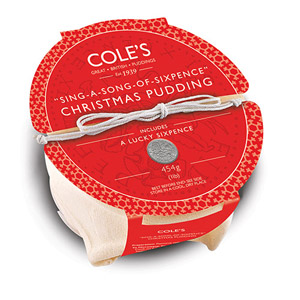 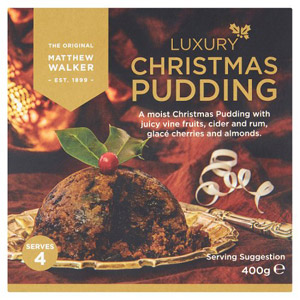 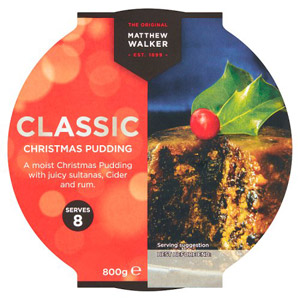 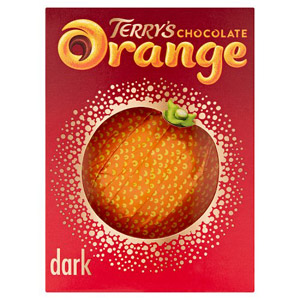 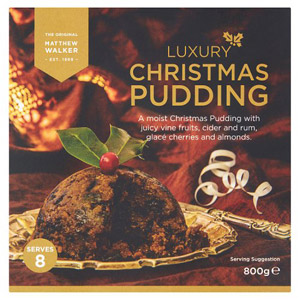 Walkers Luxury Mincemeat Pies are perfect if you don’t have the time (or inclination) to make your own mince pies this December.

Whether eaten cold or heated up and enjoyed with cream, custard or brandy butter, Walkers Luxury Mincemeat Pies will form an integral part of your Christmas celebrations.

Made with all butter pastry and filled with delicious, rich mincemeat, Walkers Luxury Mincemeat Pies are particularly good alongside a cup of tea, and also work well with a glass of mulled wine or a well-earned nip of whisky!

Most popular with customers in France, Italy, United States of America (USA), Spain, Germany, Canada, Sweden, Portugal and Greece, but you can buy Walkers Luxury Mincemeat Pies for delivery worldwide.

One of our Walkers Shortbread branded products. Take advantage of our current sale discount, saving you £0.64. This item has a use by date that falls after Christmas.

I've tried to get the grocery stores in the States to carry these little mince pies, but to no avail. They do carry Walker's shortbread cookies, though. I miss spending Christmas in the Yorkshire countryside and eating these marvellous little mince pies which my son told me were eaten daily as an English tradition. Yum! That is my kind of tradition!

Walkers is just one of those brands that I remember of old and has been used by my family for many years. I can't remember more than a couple of Christmases when we've not had one of their puddings and this was due to shortages rather than choice. As far as I remember their Mince Pies weren't a fixture until fairly recently as my Nan always used to make her own and they were incredibly tasty. I have to admit to them not being a favourite of mine until was about 11.Anyway, back to these pies, as I have said in a few of my reviews, as a rule I do prefer savoury treats and snacks but there are exceptions. First the pastry, it's a wonderfully rich short pastry with a beautiful flavour, not crisp, but by no means soggy, really scrumptious and not to sweet. The filling is delicious with a generous amount of fruit, peel and just the right amount of spices. Just like their pudding they have the combination of ingredients perfectly balanced. My mouth is watering as I am writing this review just thinking about these tasty pies. They used to be a Christmas treat, but it's wonderful being able to buy them at other times too. Although it is technically a sweet pie for me it has a satisfying savoury feel. Just perfect and highly recommended.not just for Christmas either

Mince pies are a must for our family during the Christmas holidays. It is a classic, timeless holiday snack and a tradition in the British folklore. Walkers Mince Pies are top-notch. The thick, buttery pastry shell is filled with a rich, fruity filling that has a spicy undertone to it. This is the taste of Christmas I crave for every year and we make sure to order a few packs for holiday gatherings.

I loved mince pies since my first visit to London in 2008 but it's impossible to find them in Greece. Since them, I'm either asking form friends or relatives to send me if I have the opportunity and it's a big joy if I manage to have them. Last year I found your website and ordered directly and filled with joy. They were amazingly fresh, with so juicy, fruity and tasty filling and the biscuit was so nicely buttered. The only thing is that because of their size, for my taste I would prefer a bit more biscuit in this pie to balance the filling.

These are the benchmark by which I judge all mincemeat as we call it in the US pies. The crust has a lovely flavor, almost as good as homemade, but SO much easier. The filling is delicious, with a lovely note of orange peel. These are Christmas to me!

Tried these wonderful mince pies while at a friend's house Christmas Day and loved them! Buttery, flaky pastry and a wonderful filling. My husband could not stop talking about how good they were so I placed an order for several boxes in the new year! The product says mini but the pies are a fair size which is an added bonus. Highly recommend!

Quite large in size compared to standard mince pies. The pastry is the best part buttery and melt in the mouth. The filing is average and there could be more of it. We will order again just for the pastry though!

Can't get enough of them. Bought 2 packets Oct last year and ate them in 2 weeks so had to order more. Ordered 6 boxes this year so hopefully will have some left for Christmas. Lovely soft melt in the mouth pastry and zingy mincemeat. I give them to neighbours here in France. They have nothing like them here, they don't know what they are missing.

Yum !!! These mince pies are wonderful. I really enjoyed the pastry and the filling. The pastry is nice and buttery without being too rich. The fruit in the filling is super and has nice hints of spices without being excessive. They are lovely cold, but warmed from the oven they are even better, add some custard or cream and ...well they will not last long. Buy LOTS before they are gone !!!

I ordered 6 boxes of these for Christmas last year, thinking that they would last over the whole festive season, but unfortunately, we managed to finish them all on Christmas day. This year I am not taking the chance of running out, so have ordered 14 boxes. They are truly delicious. Christmas would not be the same without them.

I get these as part of my traditional English Christmas every year. There will always be an England or at least a small part of it in my pantry at this time. Never seen in Portugal except down south but loved by many once they try them as part of Christmas teatime.

Mince pies are an essential part of Christmas in our home. I do bake my own but these Walkers mince pies are a bit nicer. The pastry is light with a lovely buttery taste, the filling is delicious and although generous not overpowering.

I like them either at room temperature or warmed up and served with fresh cream. I shall order a few boxes to store in the freezer to enjoy long after the festive season.

Love these! My Christmas table is never without mince pies. Walkers are my favourite choice, if I don't make them myself. These are the closest to homemade I've found yet. They have a flakey, buttery pastry and rich, moist filling, that just simply tastes like Christmas.

Hey guys, Walkers Luxury Mincemeat Pies are not just a snack if you are hungry. When I was a kid we had to leave one on the plate for Santa Claus. I never wanted to share them because they are so tasty. The filling is fantastic. Unfortunately it is already out of stock. What a pity!

Every single time I have had a mince pie in my life I always need to leave one out for Santa Claus.

This batch I have now, I have decided not to leave one out for him . Both Santa and I think they are delicious although Santa must have an eating problem as he always leaves a little bit of pastry on his plate, I think it is to let me know he has been (He tends to leave the presents in a different room)

They are buttery but not too much and the filling has a great taste.

Delicious mince pies, lovely pastry, perfect when you haven't got the time to make them yourself. Walkers Luxury Mincemeat Pies have a wonderful, fruit and spice flavour and are quite full inside. Even better served warm and served with clotted or double cream. Price wise this six pack in more convenient than their 9 pack of miniatures, though equally delicious.

Trying, single-handed, to keep up all the British traditions in my Anglo-Italian home is no mean feat, especially when it comes to producing Christmas lunch and tea for at least 12 people. Everybody loves mince pies but I have to admit that I am not the world's best pastry chef. In my opinion Walkers are definitely the best, buttery and sweet, with lots of filling - delicious eaten just as they are with a cup of tea, or served warm with cream or custard at the end of a meal.

I'm not too keen on cooking and baking myself but I love to be surrounded by traditional cakes and pastries at Christmas time. I find Walkers products in general to be of excellent quality and their Mincemeat Pies taste as good as or better than, homemade ones, or at least, better than anything I can bake. It's also a very pretty box which makes a good traditional British Gift.

Walkers produce is never all that cheap, but their quality is always so high that you don't mind paying a little extra. These are good sized mince pies, made with beautifully buttery pastry with that melt in the mouth texture, and the filling is really fruity. The combination of the two - just superb.

These are excellent of course, like all Walkers products. The pastry and the mincemeat have that great traditional taste and the pastry doesn't crumble - well, not more than it should anyway.

The only thing I would suggest is to look at the box of 9 pies too. They are 'mini', but not really. They are a nice size.

But if you feel like having something more substantial then go for these six.

Excellent Mince pies one of the best well worth the premium price.

I always fancy a few mince pies at Christmas, but they are impossible to find in the Netherlands where I live with my partner. I usually buy the Mr Kipling mince pies but recently purchased Walkers luxury mince pies as they were on sale. The biscuit is way thicker and more buttery and I find the filling a bit spicier.

These are so very British, most French people I've given them to don't really get why we like them so much. These ones are really quite good if you don't want to make the pies yourself, they're not quite as good as homemade ones but they'll do the job quite nicely.

Would you like to write a review for Walkers Luxury Mincemeat Pies?